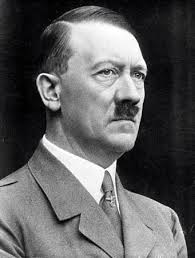 Learn 4 stunning, jaw-dropping facts about Hitler which contradict the official Zionist-driven narrative. Massive lies were piled onto Hitler after WW2.

and reaction in almost anyone who hears it. For many all around the world, including the US, France, Britain, Australia, as well as Germany itself, it has been drummed into us that Hitler was the quintessential evil villain. He was, allegedly, the arch-enemy of the entire world. He was, supposedly, bent on world conquest. Yet, a closer examination of the facts surrounding Hitler, the Nazis and World War II reveal a very different story to the Zionist-controlled “official” version of history that has dominated textbooks across the world. The matter is far more complex than the ludicrously simplistic “good (Allies) vs. bad (Nazis)” narrative we’ve been fed.

It’s becoming more and more well-known that the banking system of every major country in the world is a privately-owned and controlled operation (mainly in the hands of the Rothschilds). It is also becoming well-known that the ability to print and control a nation’s currency is more powerful than even the ability to write a nation’s laws. Mayer Amschel Rothschild knew this when he said: “Give me control of a nation’s money and I care not who makes her laws.” There is a quote attributed to Benjamin Franklin in which he admitted that the main reason for colonies’ rebellion against Great Britain – and the start of the American Revolution – was “the refusal of King George III to allow the colonies to operate an honest money system, which freed the ordinary man from the clutches of the money manipulators.”

In Germany in the 1920s during the Weimar Republic, hyperinflation was so rampant that people would push wheelbarrows full of cash just to buy a loaf of bread. Hitler found it intolerable that an extremely small minority was controlling all the power centers of German society at the time … banking, Government, media, medicine, law etc. And, it was not the first time the Jews had been accused of disproportionately overtaking power centers in a country. Indeed, Jewish history is filled with stories of the Jews being kicked out of one country, after another, after another, after another. In that respect, Germany in the 1920s bears a lot of similarities to the USA today in terms of concentrated Jewish wealth and power – although I would suggest the concentration of power is worse in the US today.

Hitler was incensed by the suffering of his fellow Germans and attributed this to “the Jews”. For him to single out an entire race/religion for this injustice was grossly unfair and deluded, no doubt. However, he had certainly discerned that the Rothschilds (and other Jewish power brokers) were the hidden hand that were controlling German society and driving it into the ground … and he was determined to rid their influence from the country (by expulsion, not extermination – see next point).

2. Hitler Advocated Expulsion, not Extermination, of the Jews

According to the official story, Hitler was a crazed madman who wanted to kill as many Jews as possible. Yet British historian David Irving has uncovered evidence that is simply not the case. There is no doubt Hitler despised and even hated the Jews, and wanted them out of Germany, but whether he wanted to kill them is another matter entirely. Irving is one of the most thorough and meticulous historians in the world. He refuses to use anything except primary sources for evidence. He is fluent in German and spent decades upon decades of time doing painstaking research, going through volumes of official documents which tracked every recorded word the “Führer” ever said. He cross-referenced this against other sources of information (dairies and eyewitness testimonies from people close to Hitler, including his staff, secretaries and generals).

Irving states that he found some revealing decoded messages from Hitler. In one such message, a communication between Hitler and Himmler (SS commander), there was a conversation going back and forth about a group of Jews that the Nazis had put on trains heading east out of the country. Himmler affirms the Jews had been sent with 3 weeks worth of food, supplies and appliances, so as to be able to more easily set up a new life in their next country. Himmler thought Hitler was treating the Jews too kindly, and that it was too much bother to do that for them, and asked instead if they could be “liquidated”. Hitler responded that “was out of the question”. This leads one to wonder: were the Jews being killed by other senior-ranking Nazis without Hitler’s approval?

In other decoded message, the only one Irving could find relating to Hitler and Auschwitz, Hitler is informed that Auschwitz has been overrun by the Soviet Red Army. He simply responds, “Ja wohl” (“Okay”) and instantly moves on to the next topic. If Auschwitz had really been a center of extermination of Jews, and this had been a central part of Hitler’s plan, why the indifferent and uninterested reaction when told he had lost it?

Irving states that, to date, no one has ever produced a wartime document that shows Hitler, prior to October 1943, ordered or even knew of the biological “liquidation” or deliberate killing of the Jews of Western Europe. He even offered £1,000 to anyone who could produce one (so far no one has taken him up on that offer)!

3. Hitler Offered Peace to Britain Numerous Times Between 1939 and 1941 (but was Rejected Every Time)

It’s a truth deliberately hidden from history, but Hitler offered peace to the British numerous times between 1939 and 1941. From many accounts, he admired the British Empire and saw a great deal of similarity between the British and German people. Some such as researcher Greg Hallett suggest Hitler was in fact a British agent. Hitler did not want to attack Britain or be embroiled in war with it. Many people have criticized Hitler for being a poor general or military leader by stalling near Dunkirk for 2 days and allowing the British to escape. However, he simply didn’t have the desire for more war. He certainly didn’t have the capacity to conquer the world, given that his best warplanes could barely fly across the Channel.

One of the conditions of Hitler’s numerous offers was surprisingly magnanimous. He actually offered to become Britain’s ally and send German troops to Britain’s aid if they should ever require them in future wars! He offered this in right in the middle of a war against Britain! Yet Britain refused to even negotiate or discuss the possibility of an armistice and peace.

Thus, it is fair to place some (or maybe even a lot, depending on your perspective) of the responsibility for WWII at the feet of Britain and Churchill.

4. Ultimately, the Nazis and the Allies were Both Funded Behind the Scenes by International Bankers (the same ones Hitler saw as “the Jews”)

You could go round and round forever debating the motivations, good points and bad points of Hitler, but the bottom line is that both sides (the Nazis and the Allies) were being funded by Rothschild, Rockefeller, Harriman and other Wall St. bankers. That’s right: the same Jewish power brokers that Hitler supposedly opposed were in part funding him! See Professor Anthony Sutton’s book for the detailed facts on this.

What makes Hitler such an enigmatic character was that he was both against the New World Order and at the same time a central part of it. He opposed the Jewish bankers, yet his desire to conquer, to use force and violence, and his penchant for eugenics are all very much part of the elite’s modus operandi. In a quirky twist, David Icke and others have even suggested there is evidence to believe that Hitler was a Rothschild himself!

The international banking cabal was the only real “winner” of WW2. Through trickery, it had managed to ignite a horrendous conflict and plunge numerous countries into massive debt, all the while hiding from the public view as the true instigators of the conflict.